Devoleb wrote: ↑
Tue Jul 23, 2019 8:21 am
I think this project is stupid......meaning, releasing 5 vinyl and CD sets with nothing else than pure silence/silent ambient noise is some kind of art I don't like/understand......its a waste of money and sources. I might stand alone with this and that's ok.

Not meaning to hurt anybodys feelings when I'm saying this project is stupid, but I will more likely buy real music and then to another side give away money to support 'real' charity....have several friends who died with cancer so most charity money from my hands will therefor go that way.

If this project should make sense in any way (to me) it should be made as 58 music videos instead with all artists recording everything from their home studios so you could see how/where the do their 'stuff'.

I highly respect that charity will collect money to people who needs it, but again doing this as 'no sound' thing only is nonsense to me......but again if Mute can get people pay for such a thing getting charity it's kinda a good thing

I'm glad to see you acknowledge it's not pure silence...at least for a moment. I think we get that you're not a fan.

However, I do feel the British Tinnitus Association is a "real" charity. You can argue that cancer is a more dire issue, and I agree; I'd sooner be deaf than die of cancer, but it doesn't mean tinnitus is not a "real" issue. Still, we all have charities close to us, and that's yours. Music Minds Matter would seem to be important too, providing the general services they seem to to the musician community, but I'd personally prioritize tinnitus before them. That doesn't make them not "real" to me, however.

I understand yours and Mark's distaste for this, but try to look at this as a positive endeavor that's just not for you. Perhaps it will spur other similar projects that are up your alley.

I didn’t say I didn’t like this release and a charitable cause will gain,a download option is available let’s hope we get a Erasure one we can buy that isn’t labelled ‘album only’

@Tin, sorry didn't mean 'real' like raising money like this is not good enough.....I meant 'real' as in giving money directly to charity...I would never 'look down' on anything trying to raise money to charity....just think that this project is too weird and I'll not buy it, but art you cant argue

To each his own. Either way, neither of us will end up with this set.

Well, unless someone donates one to the local thrift shop. I have a feeling a "silent vinyl boxset" might be priced there for me to afford.

Well, unless someone donates one to the local thrift shop. I have a feeling a "silent vinyl boxset" might be priced there for me to afford.

Silence is golden.....just not in this case.

STUMM433 // UPDATE
The STUMM433 box set, it's been a real labour of love and a huge task to put together with everyone giving their art and time for free. All of our wonderful artists and all the amazing designers who have worked with us over the years.

Unfortunately we had to move the release date back a couple of weeks as some of the parts have been delayed, in particular, the scented candles. They are coming from America, have been specially created by a leading perfumer and are amazing, they will be worth the wait we promise. 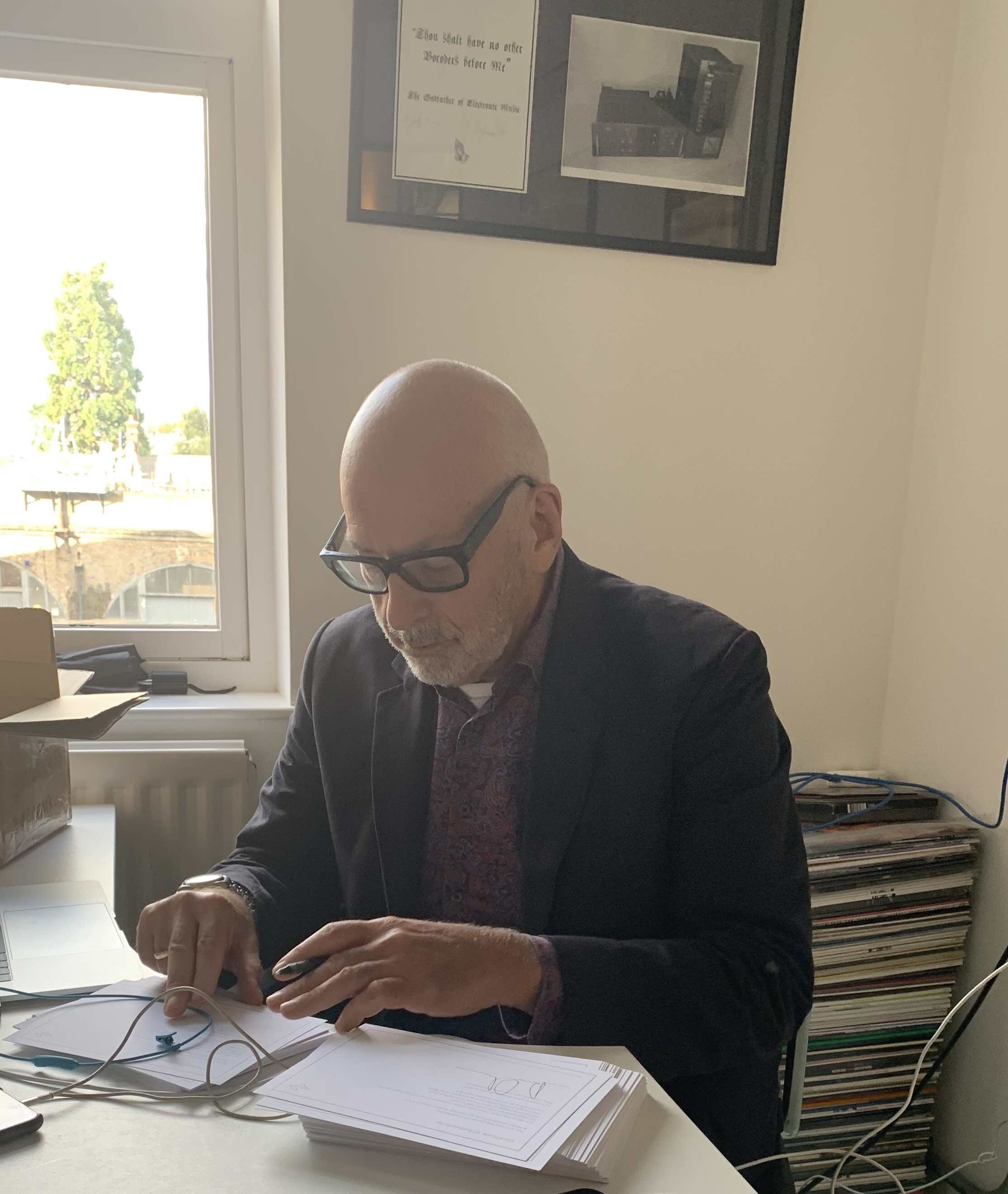 Are these candles coming from the Chicago area, by some chance? Also, as a DJ, Daniel ought to know better than to stack his vinyl like that.

We will be hosting a free listening launch event at Café OTO in London for STUMM433!

It will take place on the afternoon of Sunday 27 October, where alongside a playback of selections from the 5-piece box set, it will also feature Daniel Miller and Simon Fisher Turner in conversation.